Download, edit if required and print the sample bankruptcy reaffirmation template. You can download either the MS word or PDF format. 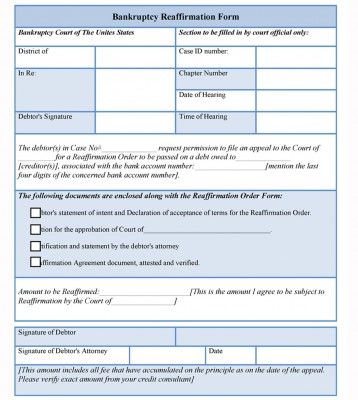 Download Easy to Edit Bankruptcy Reaffirmation Form at only $3.00