Contractor forms are produced as an agreement between the property owner and the contractor. This form carries a specified time agreed by both parties and the contractor looks after the deal very carefully as any delay can cost a large to him/her. A contractor form should carry the information regarding the details of the construction of the property stated in the form. Any kind of infringement from the contractor side can deduct some amount from the total payment; and in the extreme case, a contractor may face the legal suit. A contractor’s works is not as simple as anybody thinks, it deals with many areas of construction. So, they maintain an invoice to complete the task.

The sample contractor forms carry information regarding the agreement. The form clearly mentions the agreement date on which the work will start and the end date where all works should be completed by the contractors. The forms need a public witness to make the deal authentic. It is separated into many parts, which contain agreement about the timeline, material provided by the contractor, the price and the payment details. There is another section of the form, which contains the general provision regarding the work. Each thing regarding the contractor’s work should be mentioned clearly to avoid any further problem. It is a legal document and you need to ensure that everything stated in the form is accurate. It should be signed by both parties to make the agreement legally.

An independent contractor can also be a part of the form if the work is done by him/her. The construction forms are also there to make the whole process easy be recording the important documents. A contactor can use the estimate forms to organize their work.

Contractor Completion Form
A contractor completion form is a document which is filled after the completion of a certain contract. The form signifies that the work has been completed according to the terms of the contract.

Contractor Contract Form
A contractor’s contract form is a document which contains the work to be performed by the contractor with significant details regarding the terms and conditions as well as regulation imposed on the contractor.

Contractor Order Form
Contractor order form is a document given by a company to a certain contractor for the completion of the work.

General Contractor Forms
A general contractor form is a legal document that describes the relationship between the company or client and a contractor.

Free Contractor Form
A Free contract form is a contract between a company and a contractor to perform work and supply materials for a work project.

Contractor Liability Release Form
The contractor liability release form includes all the liabilities concerned with the work so as to make the contractor aware to assume the same. 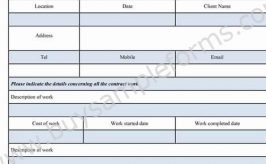 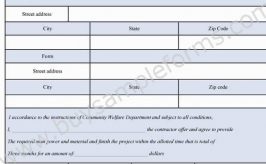 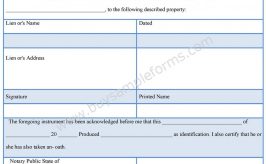 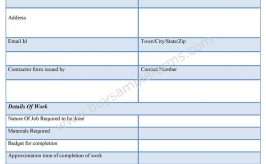 Will and Testament Form